Can we predict the next food safety recall?

Can we predict the next food safety recall? 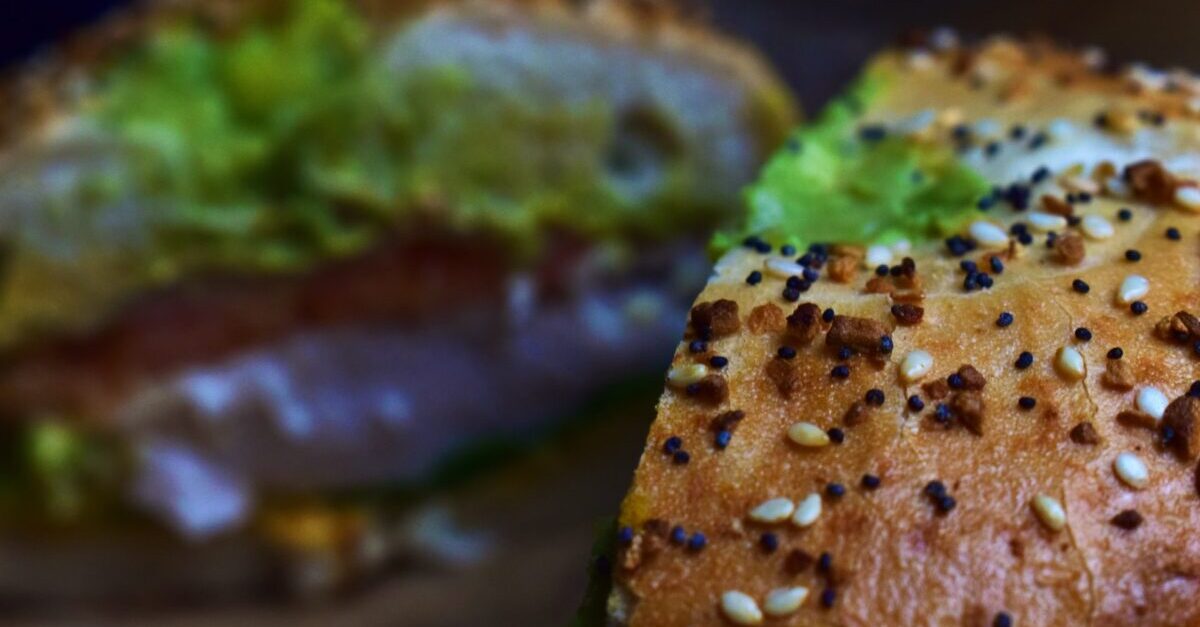 Who doesn’t love sesame seeds? They are a popular ingredient in many cuisines and bakery products around the world thanks to their deliciously nutty, slightly sweet taste and aroma which can be enhanced by toasting. Unfortunately, sesame seed containing products have been undergoing a massive recall in Europe since September 2020.

The reason? The unauthorized existence of ethylene oxide. 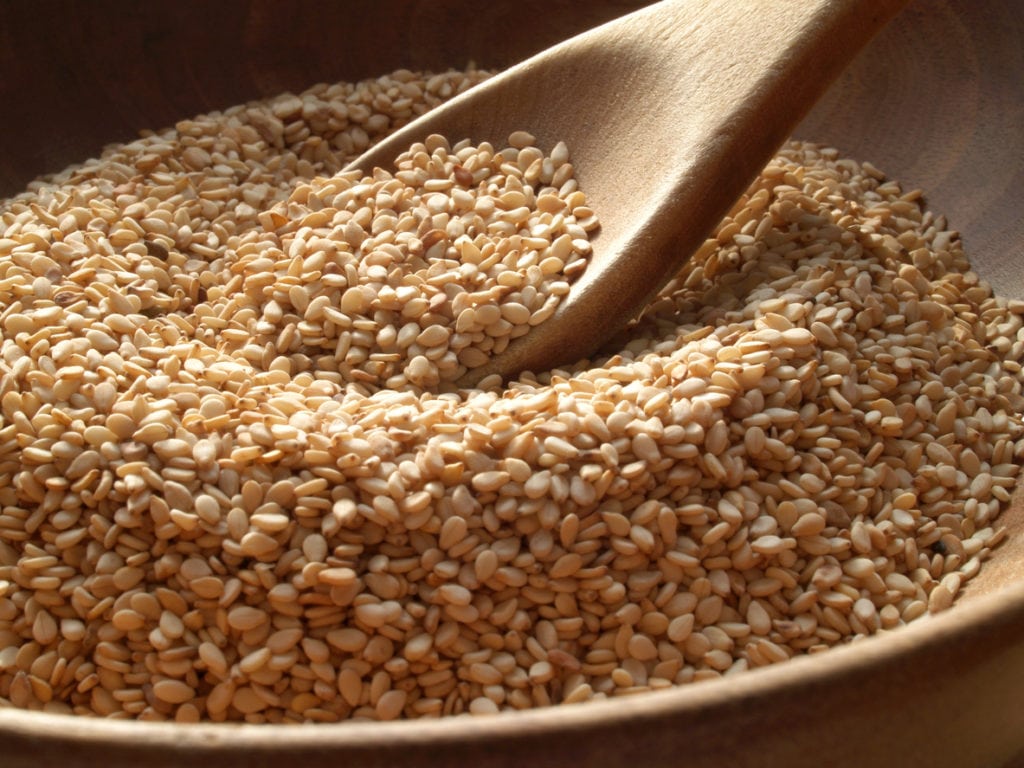 Well, this is exactly what TheFSM project and Agroknow do: predicting food risks, to inform the right preventive measures. To better understand how this works, one must dig deep into the sesame seed recall data of the past few months.

Officially reported recalls and border rejections started to appear in early September 2020. Within a few days, multiple recalls were announced by RASSF and the food safety authorities of Belgium, Luxembourg and France. After the announcement of recalls of 14 different products due to the unauthorized existence of ethylene oxide in sesame seeds, it was obvious that something was wrong.

When such news hits the mailbox, Roberto’s team (as would any other Quality & Food Safety team) wanted to be able to immediately assess if and how it affected their supply chain. Then, they would know exactly what actions to take, including:

But how could food companies know immediately about issues that require escalation, so that they can put preventive measures in place?

Well, they could have reach out the highly experienced team of Agroknow, in order to exploit the capabilities of the FOODAKAI platform (one of the core components of TheFSM platform).

FOODAKAI, Agroknow’s cloud-based risk monitoring, assessment, and prediction platform, is powered by intelligent algorithms that provide predictions for all the critical ingredients that a food company worries about. In this way, food safety teams can prioritize their preventive measures, significantly reducing the probability of a product recall.

FOODAKAI’s prediction algorithm had immediately identified the rapid increase in sesame seed incidents. This is why ethylene oxide was flagged as a rapidly emerging threat by FOODAKAI’s Global Predictions Dashboard.

More specifically, the algorithm flagged a sudden increase in relevant official recalls and border rejections that could not be justified by seasonality or other variables in the historical data. This was definitely a spike of incidents that should alarm sesame seed buyers in Europe.

As more and more incidents were officially announced, the algorithm updated its prediction: the forecast was that ethylene oxide would more than double the recalls of sesame seed products in the months to follow. Preventive measures had to be taken. 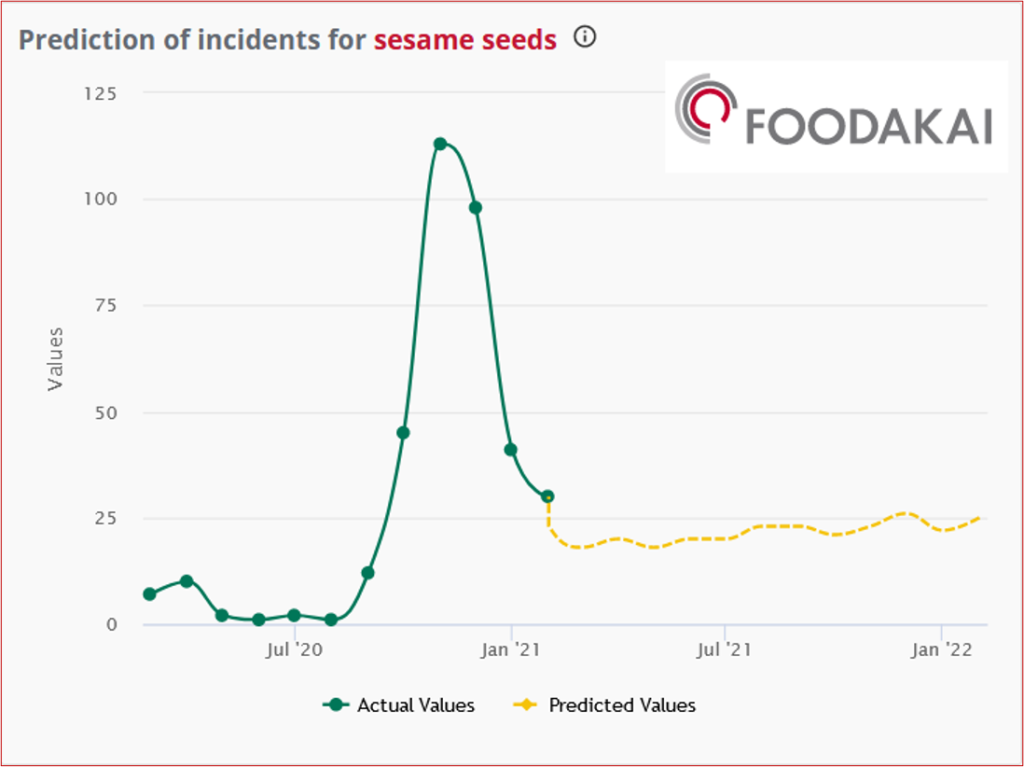 But how should a Quality & Food Safety team react to such a signal?

We highly recommend that, by the minute that predictions highlight a similar emerging risk, affected raw materials or products need to be included on the list of critical ingredients to monitor in real time.

Companies should not simply rely upon scanning the websites of food safety authorities or services that deliver alerts about new incidents. Amid a crisis, critical ingredients and hazards should be monitored and evaluated on a continuous basis.

FOODAKAI’s Global Predictions Dashboard provides continuously updated predictions about forecasted incidents and emerging risks for each critical ingredient. In this way, it helps our clients prioritize accordingly their preventive measures.